If you enjoy playing mobile games, it is unlikely that you have not heard of Candy Crush. This game is perfect for playing while waiting for a train or in a long line. There is a constant stream of new mobile games released each year, and each one strives to outdo its rivals by offering a more polished experience.

However, there is consistently one game that has the most downloads. That’s a candy crush. It is estimated that more than 2.7 billion individuals have downloaded it to date.

The game was initially made available on Facebook in 2012, and it was afterward made available on Android, iOS, and Windows. The creators of this game have been filthy rich ever since they first started making money off of it.

There are now more than a billion players in this game, and it earns hundreds of millions of dollars annually. Using the Candy Crush clone source code, you may create an Android or iOS app that functions similarly to the original.

This blog will detail the costs associated with developing a Candy Crush Saga clone application. But first, we’ll take a look at the process of making a Candy Crush clone app and some of its most appealing aspects.

This section of Candy Crush will update you on the latest game levels, events, news, and features as well as community thoughts and opinions. You can find out all there is to know about the game right here, which is a neat feature.

This is an essential requirement that should be included in all Candy Crush-style online games. The in-game help system in Candy Crush Saga is there to assist you with any issues you may be having. As an added bonus, please include links to relevant articles that address a particular issue.

The player’s interest will be piqued by this specific feature. With this option, players can participate in contests for the chance to earn in-game items like gold bars, public badges, and even more hidden bonuses!

Using this option, the player can instantly watch a video that will teach them how to complete any given level. If you’re developing a Candy Crush clone, this is a useful tool for players who get stuck on any level.

This is without a doubt the coolest thing about Candy Crush. Using this function, anyone can connect with another player from another King game or keep in touch with someone they’ve already met. This function allows users to have direct communication with them.

How to Create A Mobile Game Application Similar to Candy Crush?

This is the first and most crucial phase since it will determine who uses your app and for what purposes. Children between the ages of 7 and 10 are likely to be the app’s primary user base if you choose to market your Candy Crush clone to a certain demographic. Choose a game concept that resonates with your intended audience and piques their interest.

A game engine is a piece of software that provides game app developers with a set of features and tools that allow them to create a gaming app quickly and easily. They’re a boon to both quality and efficiency. The success of your Candy Crush clone app development project hinges on your selection of a suitable game engine.

On top of that, game engines provide a more streamlined production process and a broader range of images and effects compared to local development hubs.

Specify The Features of Your Application

How long your app’s users stick around depends on the amount of time you’ve invested in making it fun and useful. If you want people to keep coming back to your mobile game application and interacting with it on a regular basis, you need to give them new features and rewards that enhance their gaming experience.

To make your mobile gaming app stand out from the crowd, take a cue from the competition and have your app’s developers implement some novel features.

Select The Preferred Method Of Monetization

If you’re going to put money into creating a mobile gaming app like Candy Crush, you probably want to make some money from it. It is important to note that the fact that you operate your application as a free app does not necessarily mean that you will not be able to generate revenue from it.

There are numerous monetization tactics available that can help you make money even if you’re giving your app away for free. For example, Candy Crush provides its players with paid lives, extra moves, and tempting boosters.

Use Eye-Catching Visuals and Audio Effects

The movement, sounds, effects, and graphics of the Candy Crush clone application are a big part of its appeal. They will keep the user engaged and wanting to return for more of your app. Select and integrate stunning visuals and moving images into your app to leave a lasting impression on the user.

One way to expand the reach of your mobile gaming app is to incorporate social media features into its development. Because everyone these days uses social media, this is a great way to get the word out about your application. When people see the app featured on a reputable service, they’ll automatically have more faith in it.

Checking for bugs is the final step in a successful app release after careful planning and development. Once you’ve fixed all the issues with your app, it’s ready to go live. Remember that the most crucial thing you can do for your app’s success after it’s released is to keep it updated. People are more likely to use a game if it is often updated with new features and improvements.

The total price tag for creating an app that is functionally identical to Candy Crush will fluctuate based on a number of factors, such as the size of the company, the location of the developers, and the number of languages spoken by the team. It may seem easy to create a similar app like Candy Crush, but that is not the case. The final cost for an app’s development includes the following:

A Candy Crush Saga clone app must feature superior visuals and superior graphics. This game has an infinite number of stages, all of which feature various challenges. The obstacles in each game are stacked high with candies, chocolate bars, gummies, and other sweets.
There are at least five distinct candies to collect in even the easiest levels. To successfully create a Candy Crush clone app, you will need to focus on at least 5 unique game artifacts and 30 different schemes.

One of the most important aspects of a game is its soundtrack, which should work in tandem with the visuals. If the music is well-matched to the game, players will have a better time.

Since music is a part of nearly every popular mobile game, you’ll need to know who your rivals are if you want to offer superior soundtracks. You can save money on the score by using “no royalties paid” music.

Generally speaking, a well-designed user interface is what will catch the eye of the majority of app users. The success of your Candy Crush Saga clone depends on the quality of the user interface you provide.

Keep everything straightforward and easy to understand, or you risk turning off potential players. The candy crush clone source code can help you create a fun and engaging gaming app. By using this method, you may create a fun game without breaking the bank.

Now, the primary question that comes to mind is how much does the development of a Candy Crush clone application cost? However, it is impossible to provide a precise cost estimate for developing a mobile game because it is dependent on the specifics of the app itself.

If you contact a gaming app development business and ask how much their services will cost, you will typically hear a range between $10,000 and $40,000. That depends on the specifics of your app as well.

We hope that the aforementioned information will assist you in developing a top-notch mobile game app like Candy Crush. It’s worth noting that working with a professional app development company like UberClone is the best way to ensure your app stays at the forefront of its industry.

They’ll lend a hand as you create a fantastic app that others can’t wait to download and try out. They will design a game similar to Candy Crush using Unity and additional frameworks to enhance the overall usability of your application. 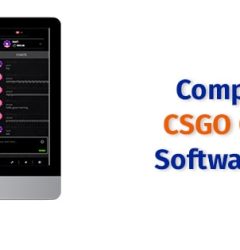 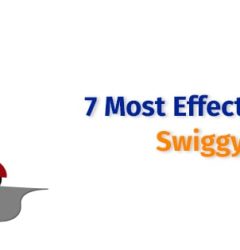 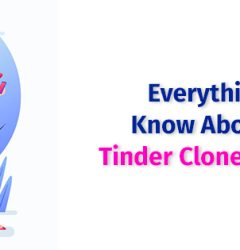 Everything You Should Know About How to Build Tind